Menu
Get in Touch

In Waldorf school’s primary education may begin when the child is nearing or already seven years of age. The primary school centres around a multi-disciplinary art-based curriculum that includes visual arts, drama, vocal and instrumental music, crafts, and when possible, artistic movement (eurhythmy). Throughout the primary years, concepts are first introduced through stories and images, and academic instruction is integrated with the visual and plastic arts (using materials that can be moulded in some way, usually bees wax), music and movement. There is little reliance on standardized textbooks; instead, each child creates his or her own illustrated summary of coursework in book form.

The school day generally starts with a two-hour academic lesson that focuses on a single theme over the course of about a month’s time and generally begins with an introduction that may include singing, instrumental music, recitations of poetry, including a verse written by Steiner for the start of a school day, and practice in mathematics and language arts.An objective of most Waldorf schools is to have a single teacher remain with a class throughout the primary school years, teaching at least the principal academic lessons; Waldorf teachers have been cited for their level of personal commitment to their pupils.Waldorf teachers use the concept of the four temperaments to help interpret, understand and relate to the behaviour and personalities of children under their tutelage. The temperaments, choleric, phlegmatic, melancholic, and sanguine, are thought to express four basic personality types, each possessing its own fundamental way of regarding and interacting with the world 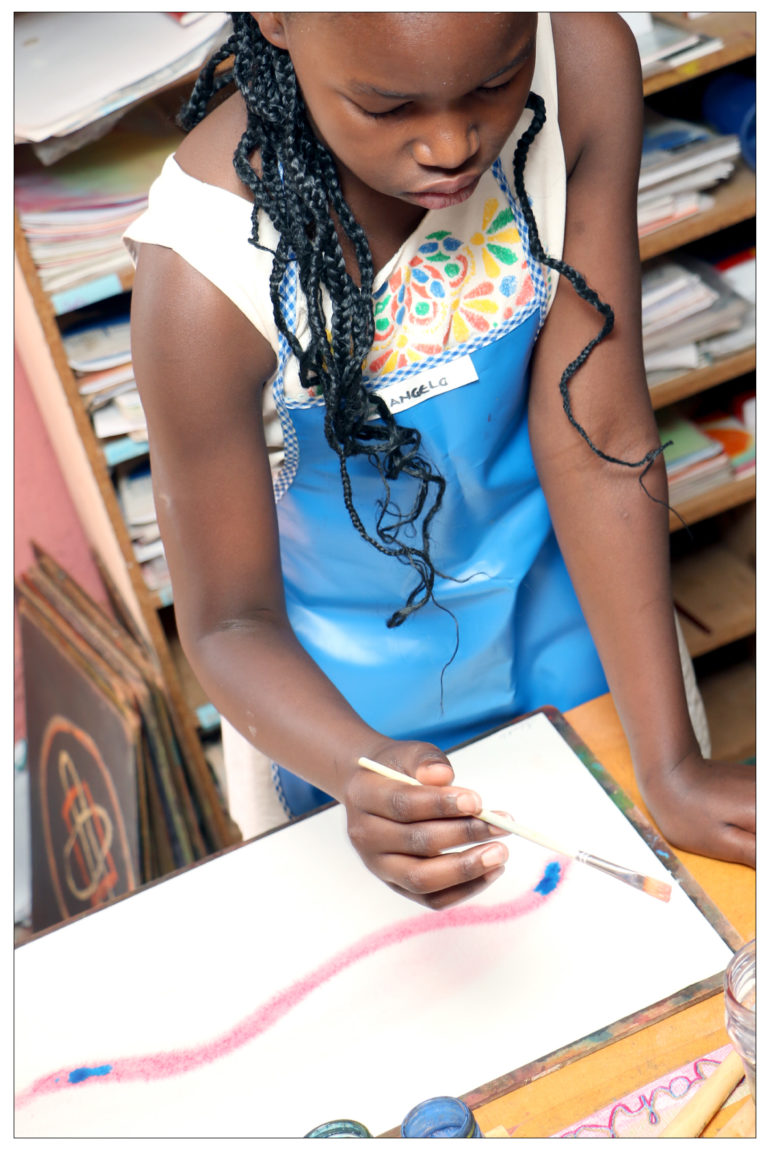 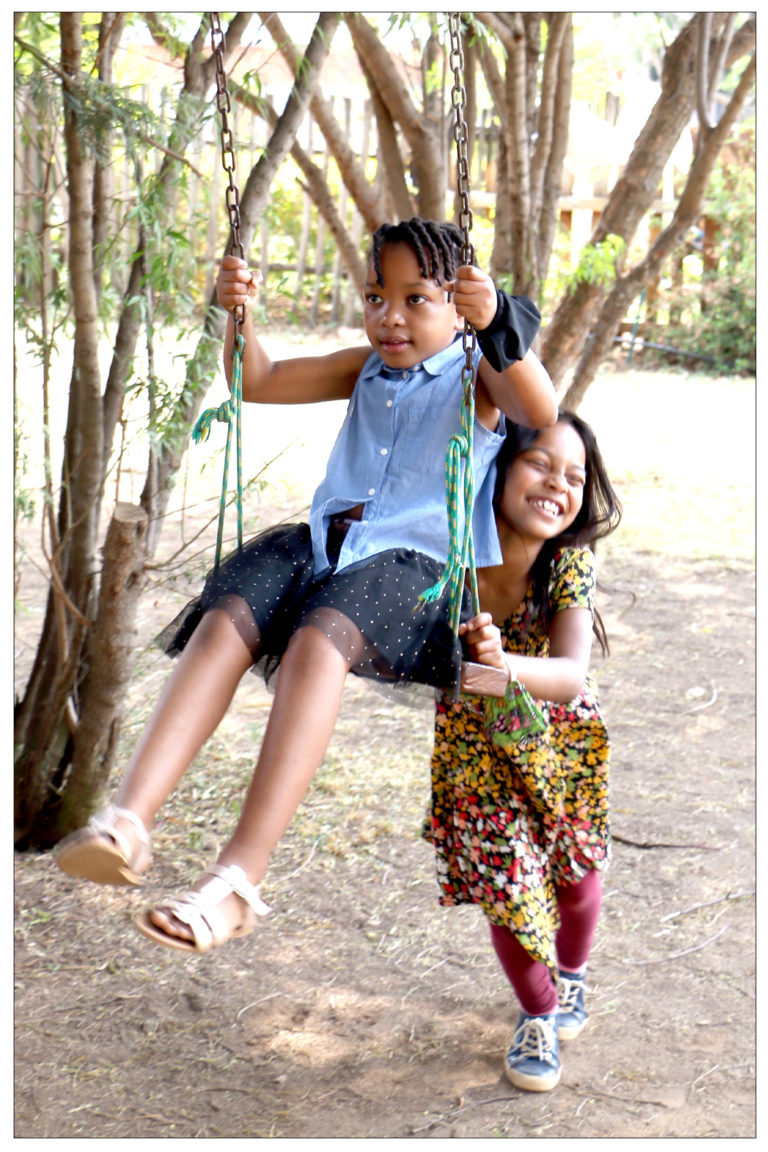 Waldorf primary education allows for individual variations in the pace of learning, based upon the expectation that a child will grasp a concept or achieve a skill when he or she is ready. Cooperation takes priority over competition. Some aspects of our methodology differ from those of main stream education:

Our children are taught to write before they are taught to read. Letters are introduced as artistic forms drawn from archetypal fairy tales. The child therefore progresses from a picture to a hieroglyph to an abstract letter giving a deeper meaning to the written word and therefore making reading a cogent progression.

The language of Numbers

Arithmetic is the language of numbers, a universal language which leads the child from playing to thinking. Arithmetic concepts are learned as doors that open in an age specific sequence and this is why the initial encounters with numbers in the Foundation Phase, Classes One to Three, are so important. In these years, numbers are presented to the children through stories such as, “The Three Little Pigs”, “The Seven Little Goats”, “The Six Swans”, giving quality to numbers. In later years the children connect to the enigma of Seven in the Old Testament and in Grecian Mythology, and the strength and fortitude of Twelve in Ancient Rome. Counting and tables are learned through rhythmic movement, rhyme and song. The Four Operations are introduced with four individual, hand knitted puppets, each with a story and status characterizing their particular operation. The Four Operations are then organically learned and exercised using beans, beads, shells, pebbles or buttons.  Mental Arithmetic is practiced daily from Class One to Class Seven in Circle time and incorporated into simple games and exercises.

Form drawing is a core subject in the Waldorf Curriculum and a crucial foundational link to Geometry and Perspective Geometry which are introduced in the Middle School. It serves as a preparation for handwriting, i.e. print and cursive.

“record of past events”

The word “history” comes from the Latin and means a “record of past events”. The word is inextricably linked to story, and history in the Waldorf Curriculum is begun by Fairy Tales, stories of Kings and Queens, Princes and Princesses, stories that kindle the spiritual values of the child.

In Class One Fairy Tales are used to bring alive Letters and Numbers, order, sequence and connectedness.

In Class Two stories of the Saints and Animal Fables form the core of the curriculum.

In Class Three, the stories of the Old Testament are heard, from the Creation and the Descent from Paradise to the Promised Land, these are the stories of morality and human values.

In Class Four, the children sit under Yggdrasill, the Tree of Life in Norse Mythology, and hear the wonderful stories of Asgard, the land of Odin and the Gods and the separation of man in the world called Mittgard. In this year Local Geography and History are first introduced and the child explores his own environment in which the early inhabitants, the San, Khoi and indigenous peoples lived as hunter-gatherers, herdsmen and farmers.

In Class Five, the Ancient Cultures are explored as a journey from the delta of the Indus River in Ancient India in the East, working up to Sumeria, Persia, crossing westwards to Egypt and, finally reaching Ancient Greece. The most wonderful tales of heroic adventure, perseverance and intrepidity are told. Mythical beasts; sirens, the Schylla, gorgons, centaurs, dryads and drakons, Cyclops and Chimera, with good and evil intent are the obstacles which must be overcome to win the glory. Local Geography is expanded to across Southern Africa, and History follows with a study of the encounters between trekboers and traders and the subsistence farmers.

In Class Six, the children move into the realm of the Roman Empire, of military order, discipline and precision; of expansion, wealth and colonization. And then, from humble origins, from a nation ever resisting Roman rule, Christianity rises to stand against the mighty Caesars. In this year, the children are ready for Historical Biography and the lives of Jesus of Nazareth, Julius Caesar and Alexander the Great are possible choices.

In Class Seven, the children have arrived in Western Europe and enter the Medieval Period or Dark Ages of Castles, Knights and Arthur, and the establishment of the great Empires of Pre-Modern Europe. Out of the Dark Ages comes the light of the Renaissance, and the children experience the enabling of the artisan and the flowering of Art and the Artist. The Renaissance was an era of discovery and innovation, and a natural expansion of thought and movement, resulting in the great sea voyages of discovery and providing the link to South African History; Dias, Da Gama and the First European Settlers. So, History is learned as a collection of stories told along a journey from the mists of time to the pre-modern world. History becomes a treasure trove of adventure and discovery which reflects the passage of the child himself, from Babyhood to Adolescence and the evolution of the Human Spirit.

Menu
Get In Touch